Aston Villa Football Club have released their 2020/21 Kappa third kit. It was worn for the first time in match action during Villa’s 3-0 EFL Cup win at Bristol City. 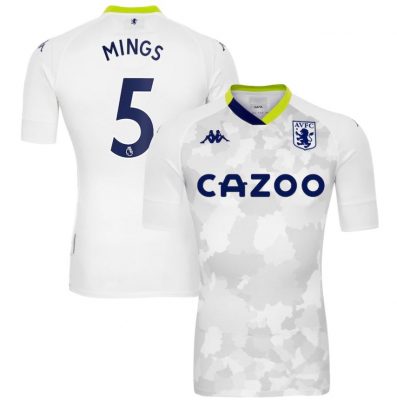 The Aston VIlla 20/21 third jersey is white with navy blue and yellow at its v-neck collar and sides. It celebrates the Premier League club’s home city of Birmingham and its various districts. 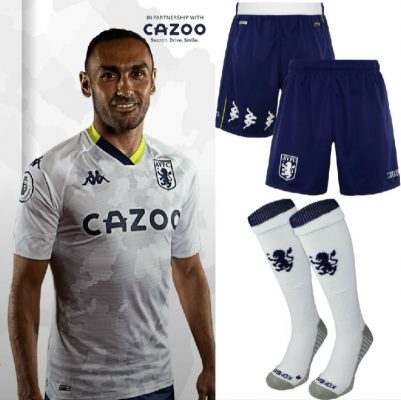 A Birmingham district map is repeated in the form of a tonal camouflage pattern across the front of the shirt. The Aston Villa crest is placed at the location of the team’s Villa Park on the map. 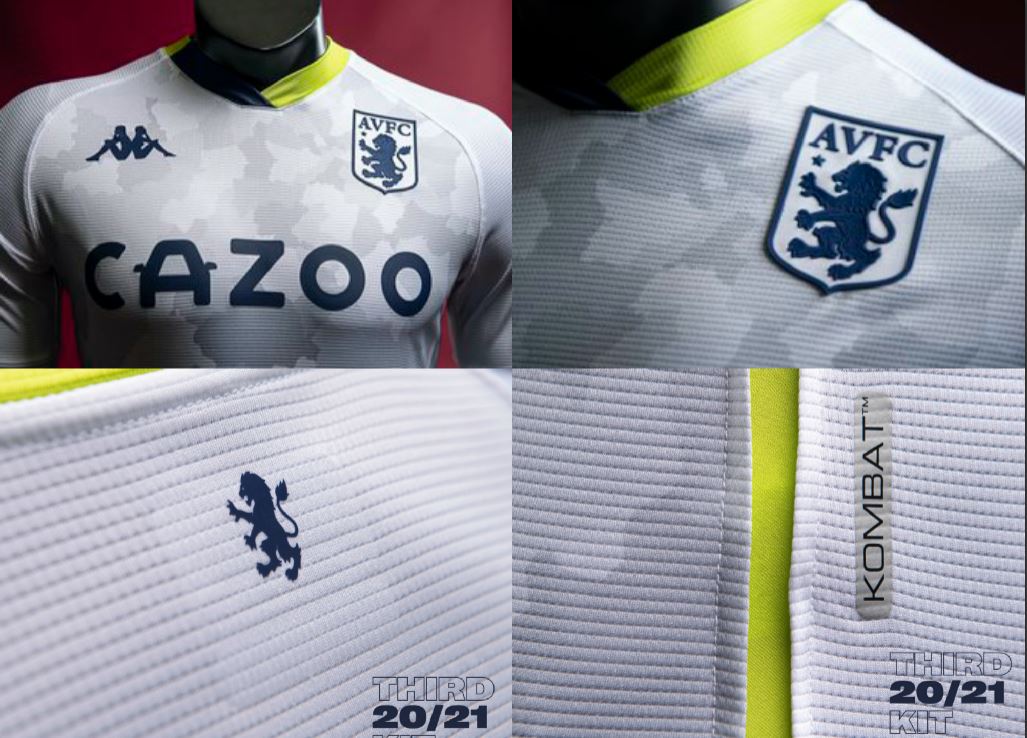 The jersey is matched with dark blue shorts with bright yellow details and white socks with navy blue accenting.