The Polish Football Association (PZPN) has released a limited edition 100th Anniversary Nike kit to be worn by the Poland men’s national team during Sunday’s EURO 2020 qualifier against Israel. 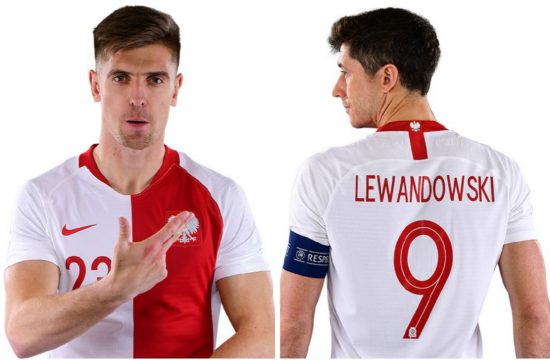 The new Biało-czerwoni  (white and red) jersey uses the traditional white base of Poland primary shirts. A red half is added to the front while additional red elements accent the collar and upper back. 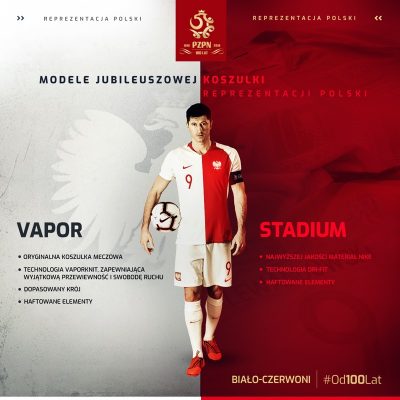 The Poland coat of arms is embroidered on the chest while the white eagle from the emblem is printed on the outside rear collar. 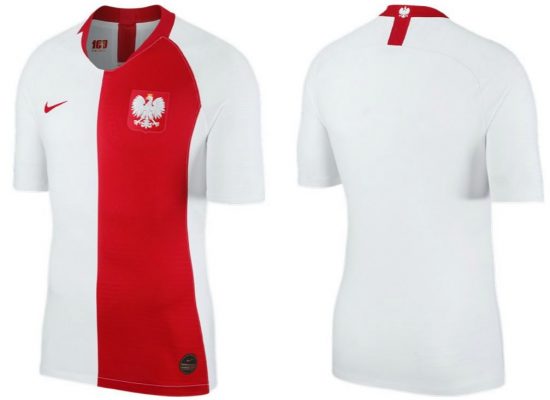 A Poland FA 100th Anniversary graphic is printed on the inside neckline area. 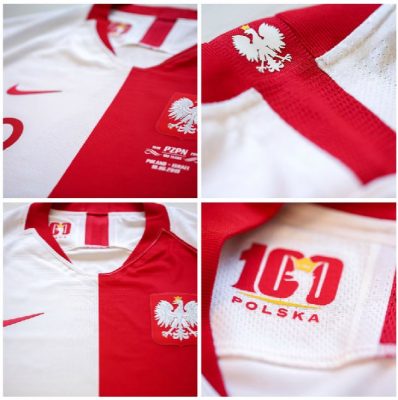 1,919 units of the Poland 100th Anniversary Nike kit will be made available for sale.