Southampton Football Club today launched their 2019/20 home and away kits from Under Armour UK. The Premier League team also provide a glimpse of a mainly white third shirt via an online video. 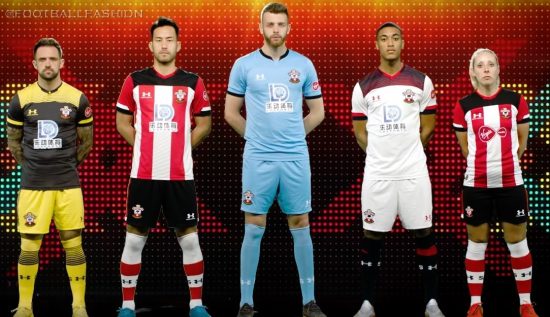 All three jerseys will be on sale at World Soccer Shop,  UK Soccer Shop, Lovell Soccer, Pro:Direct Soccer, Subside Sports and Kitbag in the lead up to The Saints’ eight consecutive season in England’s top tier of professional soccer. 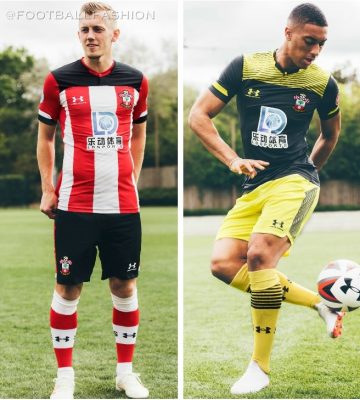 All three jerseys use a new bespoke football shirt design from Under Armour that has a unique v-neck with a single button at its front. The home kit carries Southampton’s famous red and white stripes with a red black block at its upper chest and shoulders. 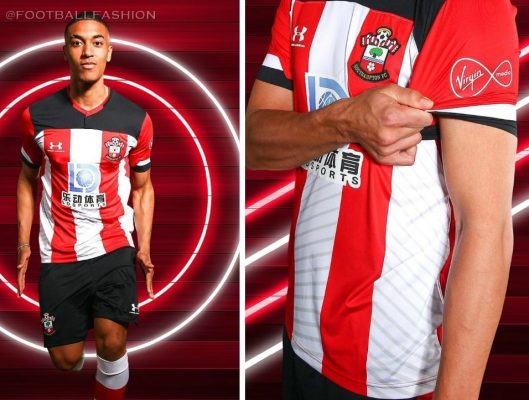 A yellow block with black horizontal stripes adds detail to the dark gray away jersey while a similar red area with navy blue stripes is used on the third kit. 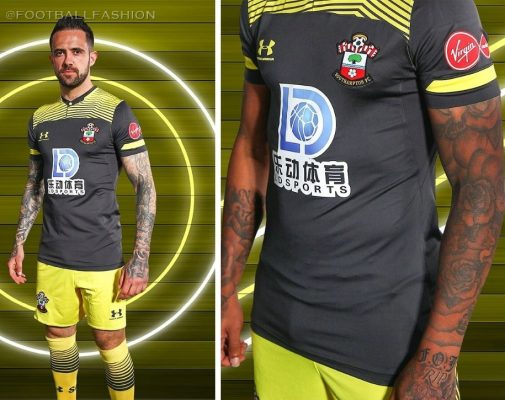 Southampton FC will debut their 2019/20 Umder Armour kits in July when they play pre-season matches in Austria, Ireland and Macau.

Take a look behind the scenes as our cameras captured the photoshoot for #SaintsFC‘s new 2019/20 kits! pic.twitter.com/POWmR17GDW