English Premier League side Norwich City FC has launched its Errea 2012/13 away kit. The club’s new home strip was released in April. 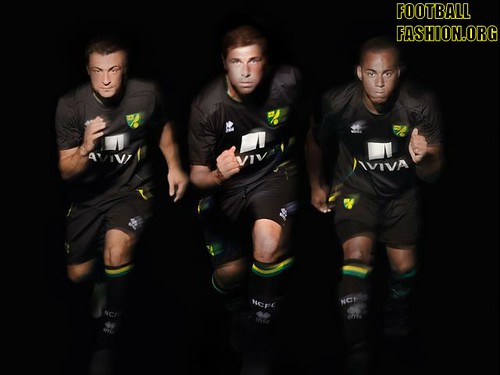 The Canaries unveiled the predominantly black uniform on Thursday at its club shop at the Chapelfield Shopping Centre. Club captain Grant Holt, midfielder Jonny Howson and new signing Jacob Butterfield were in attendance to model the new strip. 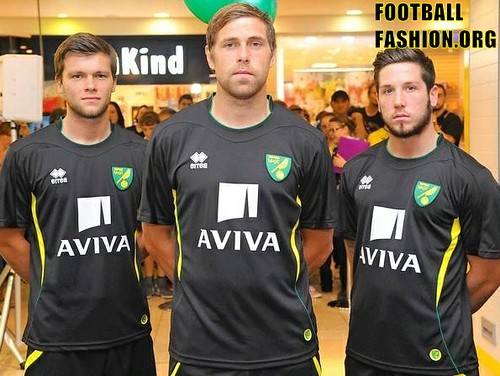 After successive promotions that saw the club move from English Football League One to the Championship to the English Premier League during the 2009 to 2011 period, Norwich City finished last season in twelfth place under the guidance of now Liverpool FC manager Brandan Rodgers. 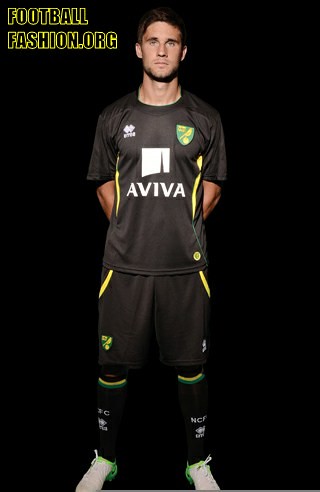