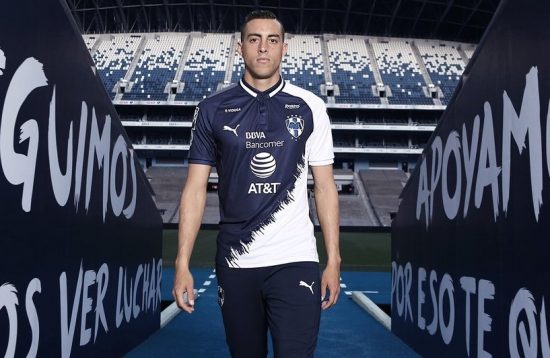 The latest Montrerrey shirt takes its design inspiration from the club’s very first home jersey worn in their inaugural season in 1945. Like the classic jersey the Rayados 2019 PUMA third kit has dark blue and white sections on its front separated by a diagonal. 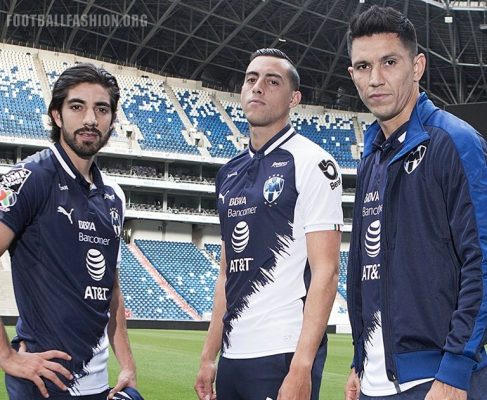 The polo collar and buttoned placket of the 1945 shirt are also maintained. The separation  between the blue and white portions has a modern distressed effect. 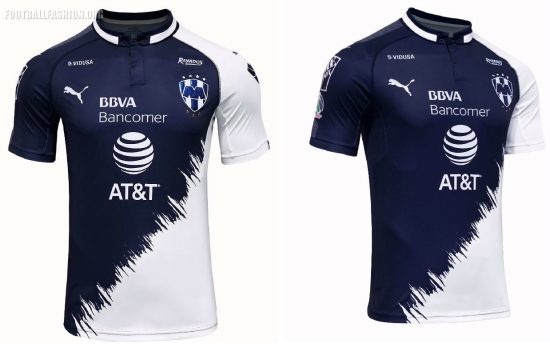 The Monterrey crest is applied in three dimensional rubber with “RAYADOS” printed above it. As with all Liga MX kits sponsor logos are abundant throughout the jersey. They are all in white along with the PUMA branding on the shirt. 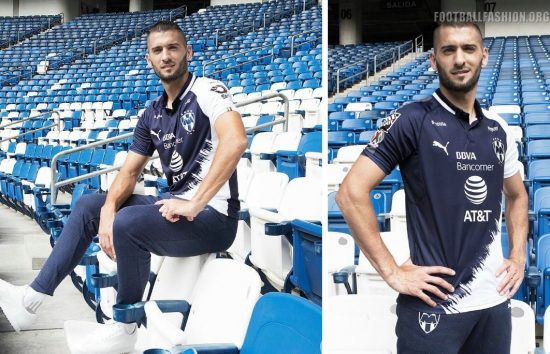 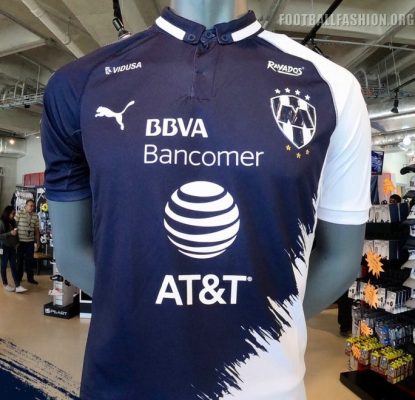