Major League Soccer today unveiled the jersey that will be worn by their All Stars when they face reigning reigning Spanish La Liga, UEFA Champions League and FIFA Club World Cup champions Real Madrid at Soldier Field in Chicago on on August 2nd in the 2017 MLS All-Star Game. 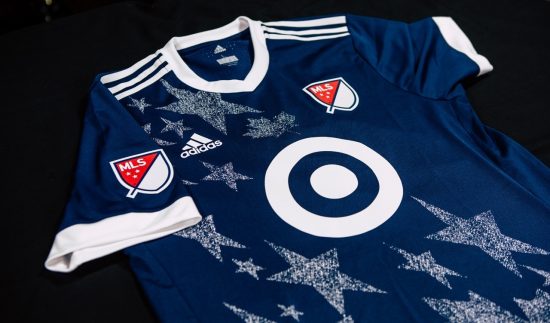 The 2017 MLS All-Star Game kit continues the league’s tradition of blue match shirts for the match. It uses a new design from technical partner adidas that features a white v-neck collar and sleeve cuffs. The adidas logo and shoulder stripes on the jersey are also white. 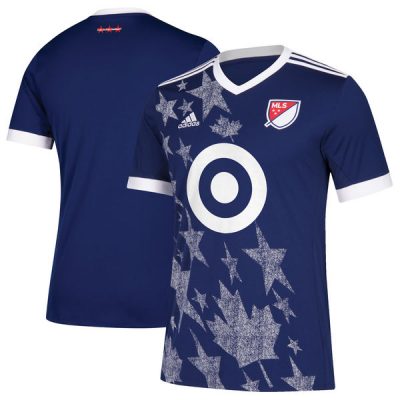 A series of faded white stars and maple leaves that recognized MLS’ roster of American and Canadian clubs runs along the front of the kit. The effect is reminiscent of the USA 1994 FIFA World Cup home shirt. 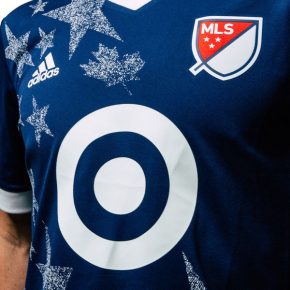 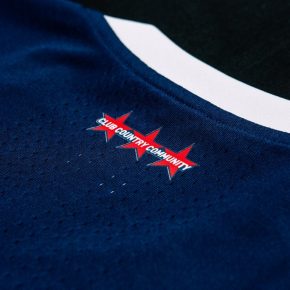 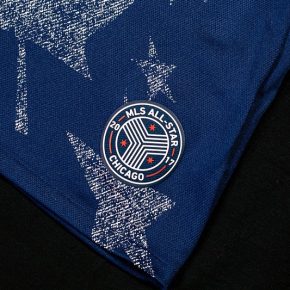 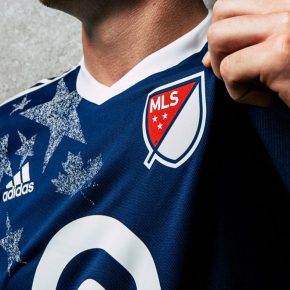 The logo of 2017 MLS All-Star Game sponsor Target is printed on the front of the kit. MLS’ values “Club. Country. Community.” are printed across three red stars on the jersey’s signoff area. The star are inspired by those on the Chicago city flag.

The 2017 MLS All-Star Game adidas jerseyt will be available at World Soccer Shop and Kitbag. 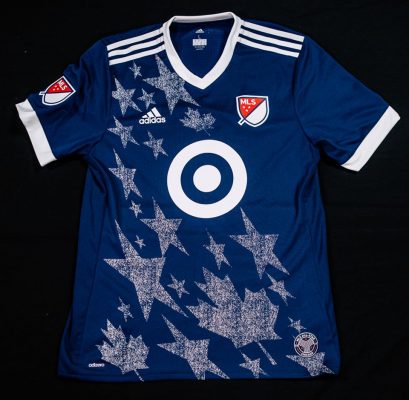