Notable absentees from this summer’s EURO 2016 tournament, the Netherlands return to action this Friday when they host France in Amsterdam. A trip to London for a meeting with England follows on the March 29. 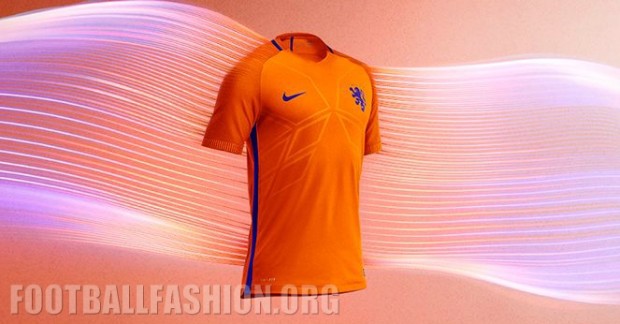 The three-time FIFA World Cup finalists 2016/17 home and away kits were unveiled by technical sponsor Nike on Monday. The home shirt is in the classic orange of the Dutch while the alternate sees the Netherlands return to a blue change kit after wearing while in 2015. Both jerseys will be available at at World Soccer Shop, Subside Sports, Lovell Soccer, UK Soccer Shop and Kitbag.

“Playing for your country is the pinnacle for a footballer and I love what the new kit stands for. We are ready to fight for the shirt and show we can compete with the best teams in the world,” proclaims Riechedly Bazoer. “The new kit looks fantastic and we will do what we can to show our quality when we wear it for the first time against France.” 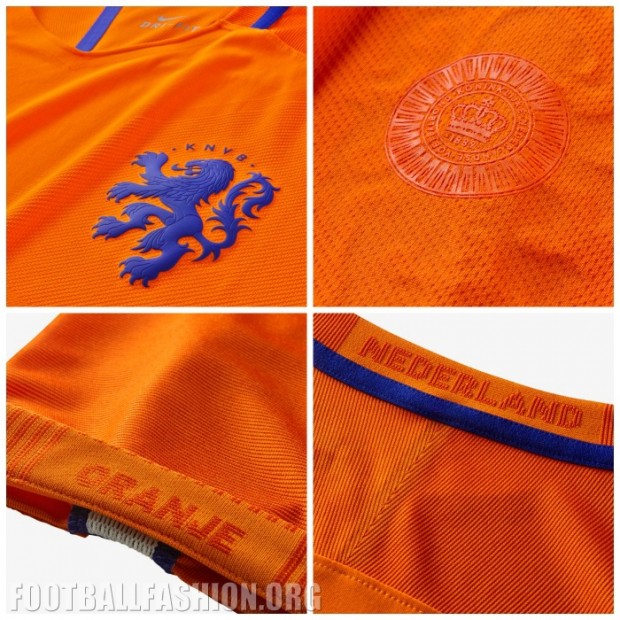 While the new Holland home shirt remains trademark orange, it has been augmented with Nassau blue on the collar, crest and side stripes. On the chest, engineered knit zones create a geometric pattern that enhances fit, with smaller mesh shapes at the bottom of the graphic. 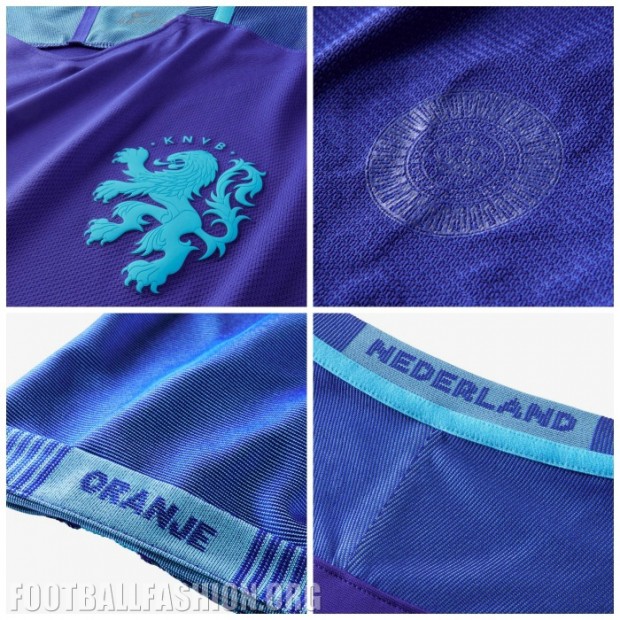 Touches of Dutch national pride appear on both the interior and exterior of the jersey. The high-density federation crest is heat pressed to the chest, and “Nederland’” is knit into the back collar. The words ”Oranje” and “Leeuwen” (the team’s nicknames) adorn the inside cuffs of the sleeves while the inside of the body reveals the KNVB badge, a circular graphic celebrating the foundation’s founding in 1889. It is inspired by an early design of the national team’s crest and features the crown worn by the lion in previous crests.

The sides of the kit have a blue stripe that runs the length of the shirt and matching shorts. Expanding when the player is in motion, it maximizes ventilation and reveals flashes of underlying white. Striking blue socks with a linear orange graphic on the calf highlight the most dynamic part of the footballer’s body, the lower legs, to accentuate speed.

The away kit showcases the same innovations and design details as the home kit but with a vibrant tonal blue theme. The away shirt features two-tone Nassau blue with a lighter shade of the color distinguishing the sleeves and upper back. Matching shorts pair with light blue socks featuring a linear Nassau blue graphic on the calf.