Chicago Fire Soccer Club revealed their 2016 adidas home jersey on Tuesday. Fill of ties to the team’s eighteen year history and the city of Chicago, the new shirt will be available at World Soccer Shop and Kitbag. 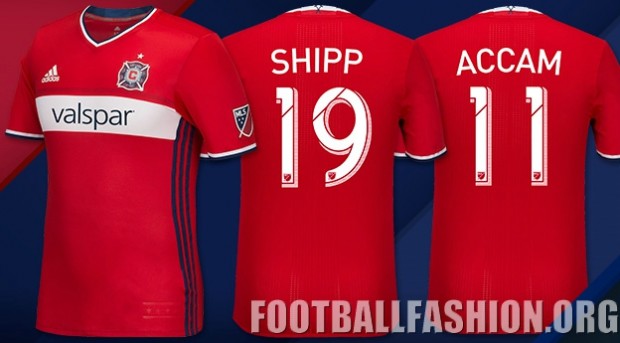 Accented in the dark blue and white of the Fire badge, the kit is the first from the club to boast the logo of new sponsor Valspar on the white band that is a fixture of the team’s jerseys.

The inside neck taping of the Chicago Fire 2016 home shirt has a subtle print of the text “LIVE RED”. The material at the front of the jersey has a “grit” texture reminiscent of soccer shirts of the 1990s. Its back is made of a ventilated mesh fabric. 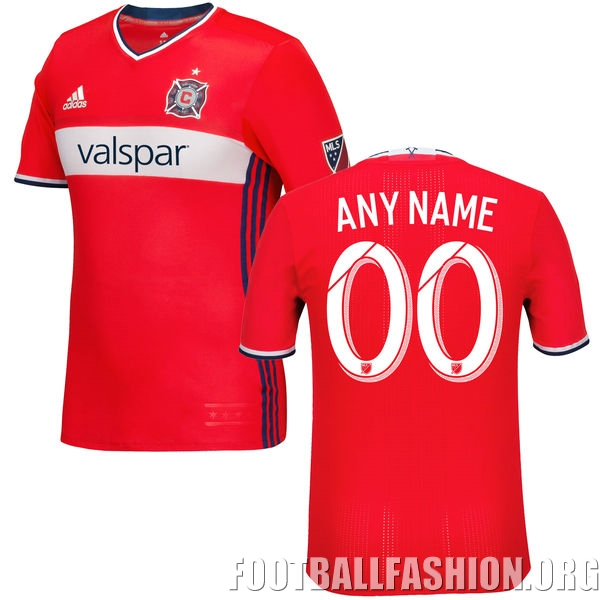 An embossed Chicago flag appears on the lower front left of what is expected to be the Fire’s first choice kit for the 2016 and 2017 seasons. The jersey also pays tribute to the city courtesy of a pair of fireman’s axes connect by a star on its outside rear collar.