Set for a Portuguese Primeira Liga season opener against defending champions SL Benfica next weekend, Sporting Clube de Braga will wear kits from Lacatoni for the third year in a row during their upcoming campaign.

The club’s new third jersey is the most innovative of the three with a black base, red polo collar and sleeve cuffs, and a series of red horizontal stripes on its front. The block of stripes has a gradient effect towards its top and bottom. All three kits use the same design from Lacatoni. 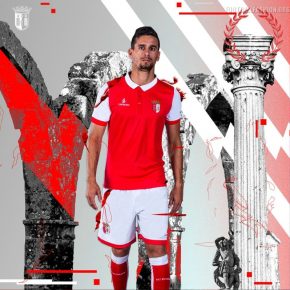 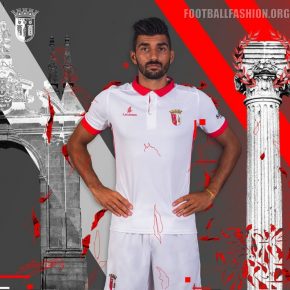 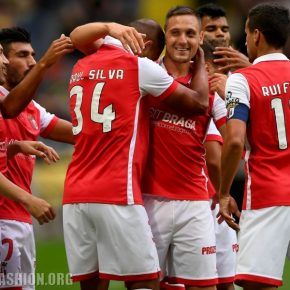 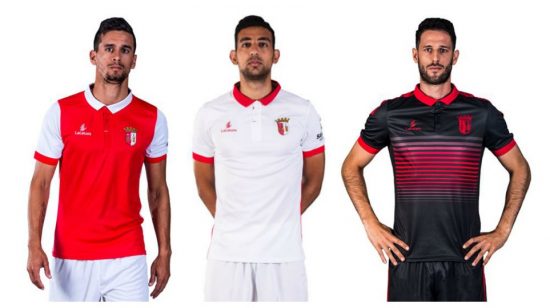 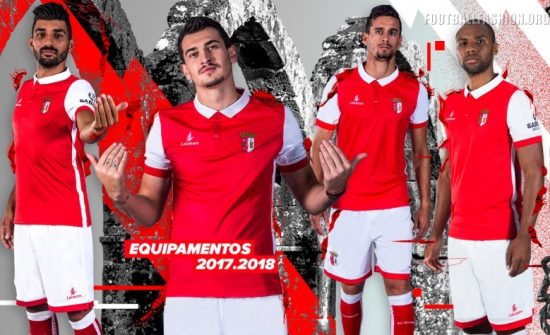