Ukrainian Premier league side Football Club Karpaty Lviv because one of Europe’s first professional teams to release their 2017/18 kits earlier this week.

The 1969 USSR Cup winners will wear a three match kit range from Joma Ukraine for next seasons league and cup campaigns.

The FC Karpaty Lviv 17/18 home and away shirts use a new v-necked Joma design in the team’s usual home blue and away green. The home kit is accented with green and a subtle checkered design on its front.

A print of one of Lviv architectural landmarks appears on its lower front. The Karpaty Lviv 2017/18 away kit has a very visible print on its front inspired by traditional Ukrainian embroidery. 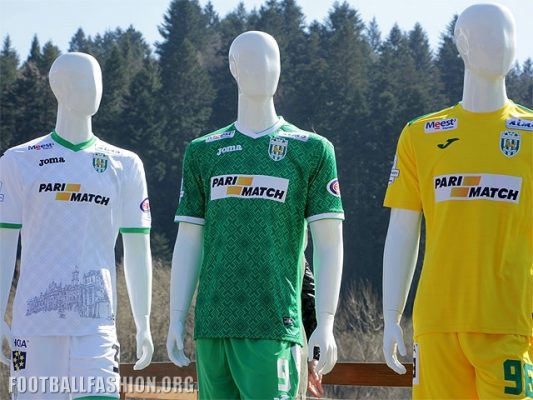 The FC Karpaty Lviv 17/18 Joma third jersey is mainly yellow with green strips on its shoulders, upper back and flanks. Like the club’s new home and away shirts it features a print reading “FC Karpaty Lviv” on its upper back. 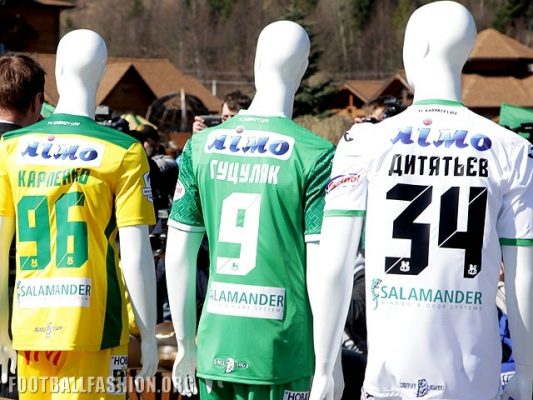