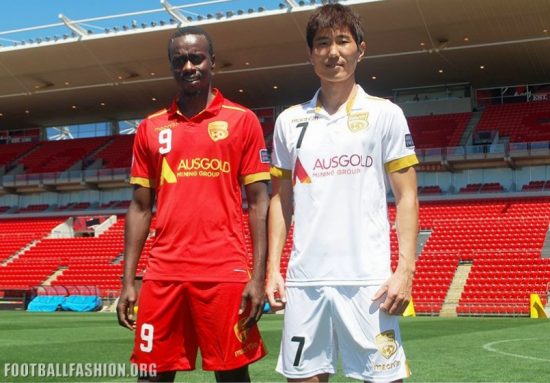 Adelaide will debut the red home uniform on Wednesday during their tournament opener against Gamba Osaka at Coopers Stadium.

The Adelaide United 2017 ACL kits have a competition specific sponsor in form of mining firm Ausgold. Both use the same polo collared Macron design as The Reds domestic jerseys. They are detailed in gold at their shoulders and sleeve cuffs however. 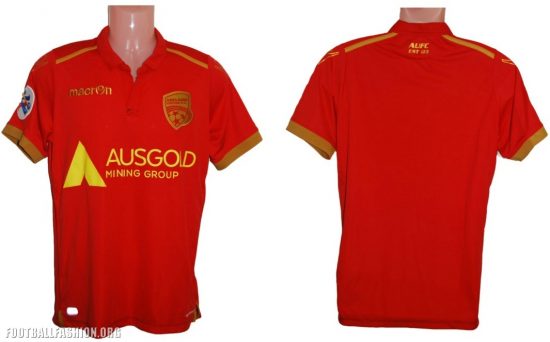 The Adelaide United crest and Macron logo are also in all gold along with the club’s initials and year of founding (AUFC EST 03) on its outside upper back. An AFC Champions League patch is sewn onto the shirts’ right sleeves.