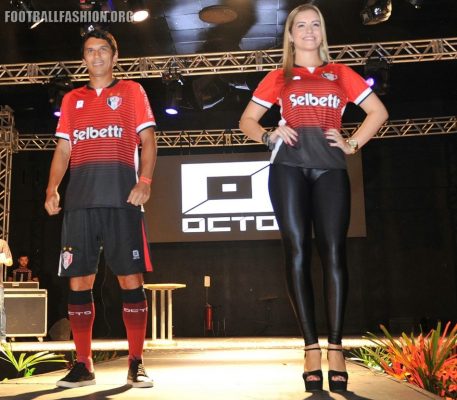 A Campeonato Brasileiro Série A as recently as in 2015, Joinville will return to action next weekend in the Campeonato Catarinense (Santa Catarina State Championship) in their traditional home red and black. Their 2017 primary shirt uses a red base with a series of black horizontal stripes that lead to a block of black towards it bottom. The white of the club’s badge appears on the jersey’s flanks, sleeve cuffs and collar.

The JEC 2017 away kit is mainly white with a band of the club’s red and black on its chest area. Gray horizontal pinstripes, black side stripes and red and black detailing on the sleeve cuffs and rear collar add further accenting to the jersey.