Well-supported Japanese J1 League side FC Tokyo have officially presented their 2016 away kit from Umbro. Its release follows the launch of the club’s 2016 home strip in November. 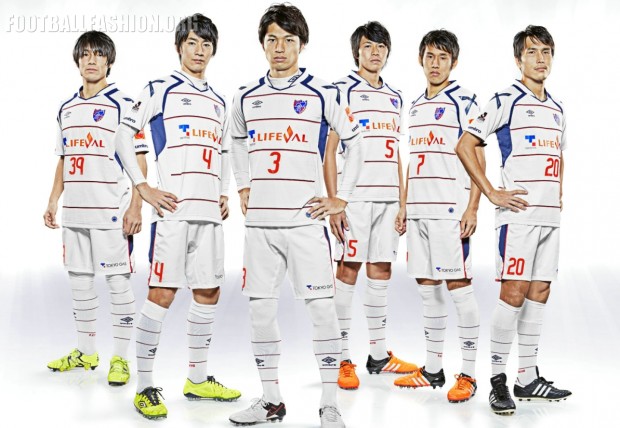 A series of horizontal pinstripes in the red and blue of the FC Tokyo crest run along its front and back. Flashes of navy blue run from the shoulders to the flanks of the shirt.

A unique feature of the FC Tokyo 2016 home and away kits is a large Umbro Japan EX-ENERGY logo on their upper sleeves. It is the brand’s symbol of the lightweight, moisture wicking fabric used for the uniforms.

FC Tokyo matched their best ever J1 finish when they placed fourth at the end of the 2015 season. The qualified for the play-off round of the 2016 AFC Champions League as a result.