Shimizu S-Pulse have revealed their 2016 PUMA home and away kits that will be worn during their first ever Japan Professional Football League J2 campaign.

The one-time Emperor’s Cup winners new home and away jerseys uses the same grandfather collared PUMA jersey design as the popular Arsenal FC 2015/16 home kit. It is in the usual orange of Shimizu S-Pulse with a world map (starting in Asia) running from the front to the back of the shirt. The popular team’s 2016 away kit is predominantly white with black detailing on its sleeves and shoulders. 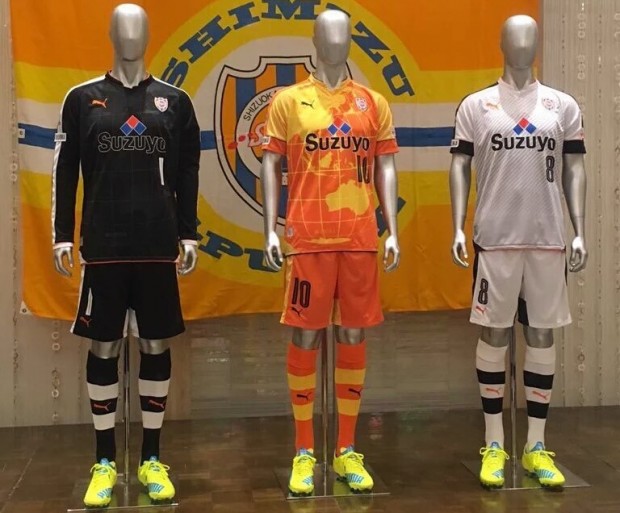 Relegated from the top-tier of football in Japan (the J1 League) after a being a fixture in the division since its founding in 1993, Shimizu S-Pulse will be one of the J2 League’s glamor clubs for the 2016 season.