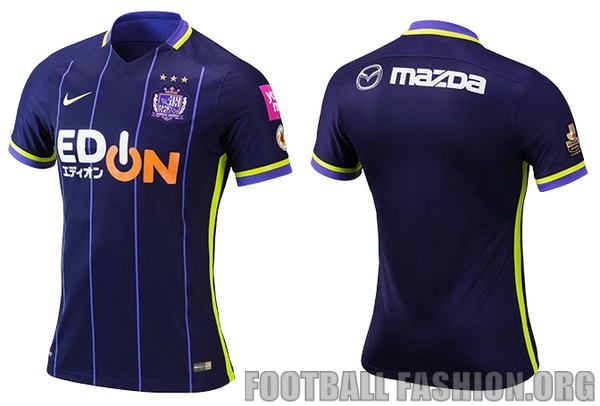 The highly-anticipated uniforms will be worn by the league winners for three of the last four years during their 2016 domestic and AFC Champions League campaigns. 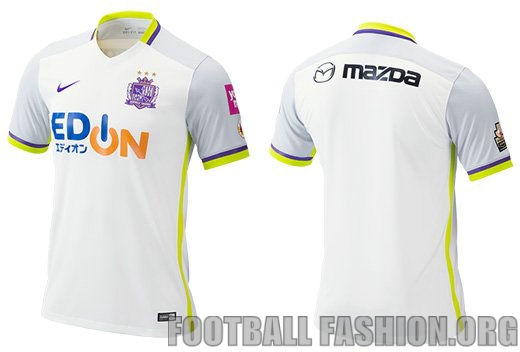 The Sanfrecce Hiroshima 2016 home and away kits use a new modern shirt design from Nike. The template is a slimfit v-neck affair with single stripes on its flanks and contrasting colors on the back of the collar and sleeve cuffs. Laser cut ventilation holes appear on the upper back, shoulders and sides of the jerseys.

Sanfrecce Hiroshima’s 2016 home kit is in the club’s customary primary purple. Light purple pinstripes run along its front while yellow detailing is used throughout the jersey. The away shirt has a white based with the same yellow detailing as the home jersey. 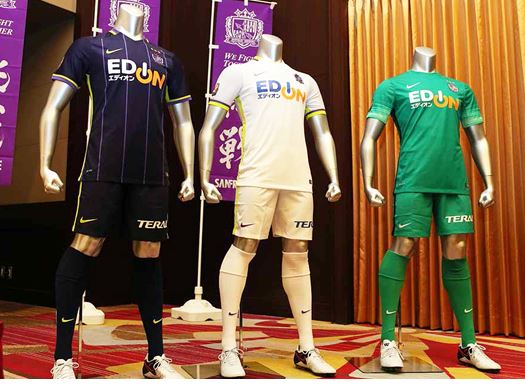