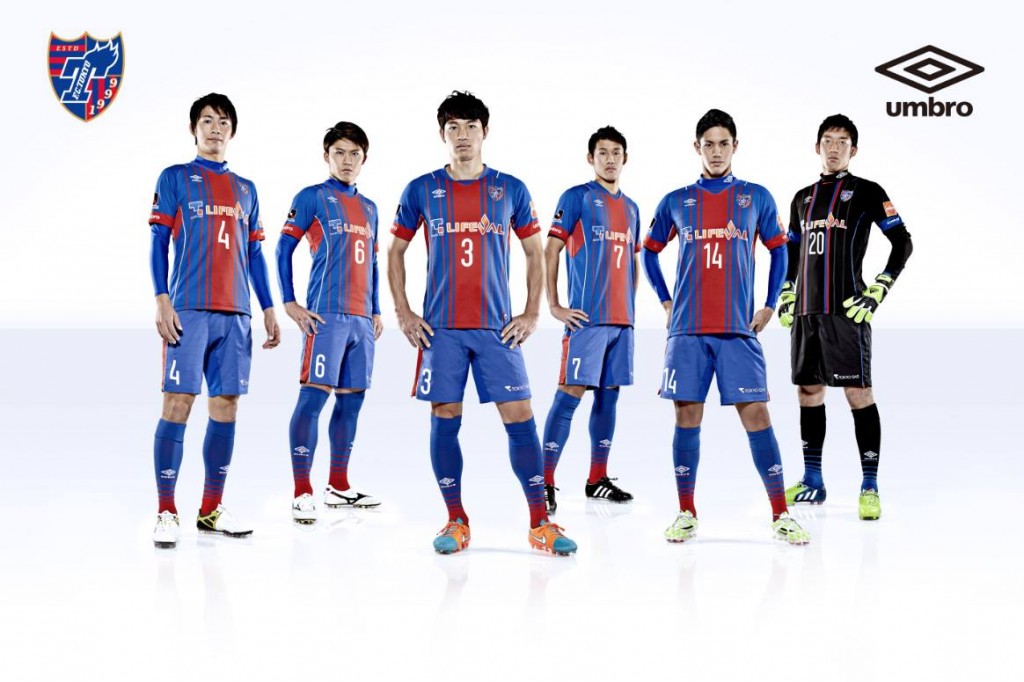 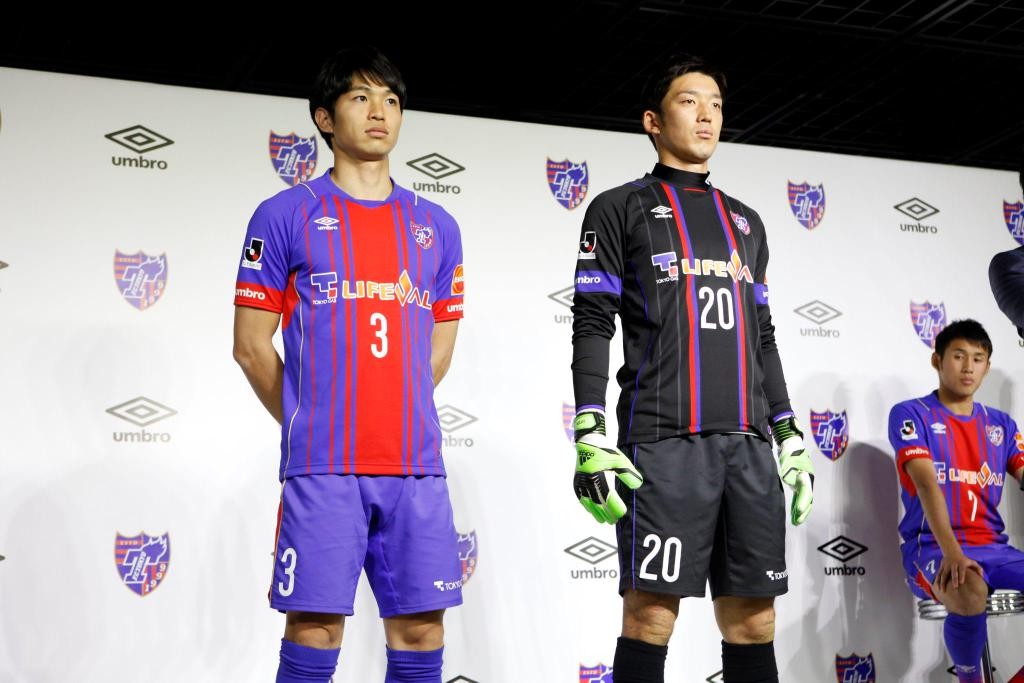 The new primary jersey is in the team’s blue and red and users a brand new shirt design from Umbro. A wide red band runs vertically along the shirt’s front and back. A series of three thinner red lines are on each side of the band and over a blue base. Red is also used for the kit’s armpits and sleeve cuff areas.

The FC Tokyo 2015 Umbro home kit has a modern, ribbed v-shaped collar with a small chest insert at its front bottom. The strip is completed by blue shorts and socks in blue and red.