The club narrowly avoided relegation on the last day of the season with a 17th place league finish. 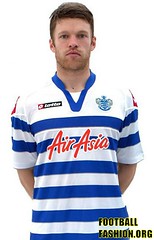 Under the ownership of Malaysian billionaireTony Fernandes QPR are looking for a better outing during the 2012/13 season with well-respected manager Mark Hughes in charge and a roster featuring players with international experience such as Park Ji-Sung (South Korea), Djibril Cissé (France), Bobby Zamora and Shaun Wright-Phillips (England), and Adel Taarabt (Morocco). 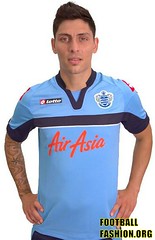 Here is a look at the recently launched Queens Park Rangers Lotto 2012/13 home, away and third kits. The home kit saw extensive match action during QPR’s recently concluded Asian Tour. The red away kit is expected to be worn during the club’s season opener at Swansea on August 18th. 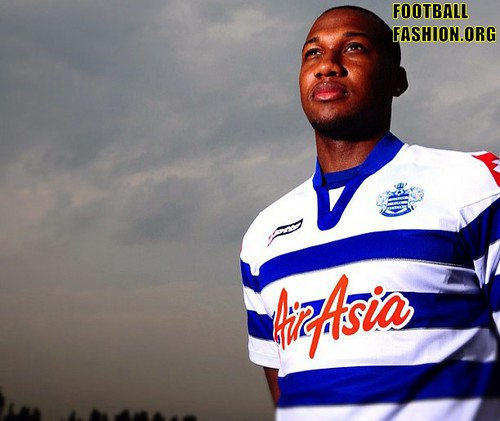