SocietÃ  Sportiva Calcio Napoli, commonly referred to as simply Napoli, is an Italian professional football club based in Naples and founded in 1926. The club has spent most of its history in the top tier in Italian football and finished in 6th position in the 2009/10 Serie A. As a result of its finish last season, SSC Napoli has qualified for the Play Off round of the 2010/11 UEFA Europa League. 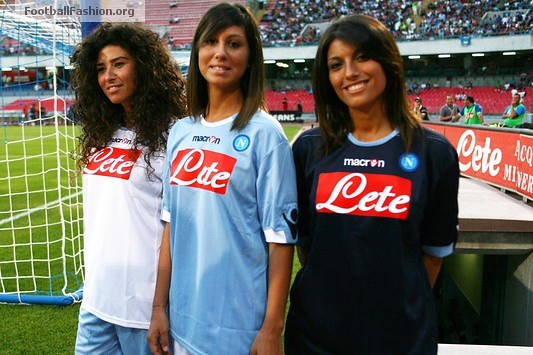 Earlier tonight, Napoli presented new signing Edinson Cavani and its 2010/11 Macron home, away and third kits to its fans at the Stadio San Paolo in Naples. The new Napoli home kit was then used in a 2-1 pre-season win over German Bundesliga side Wolfsburg. 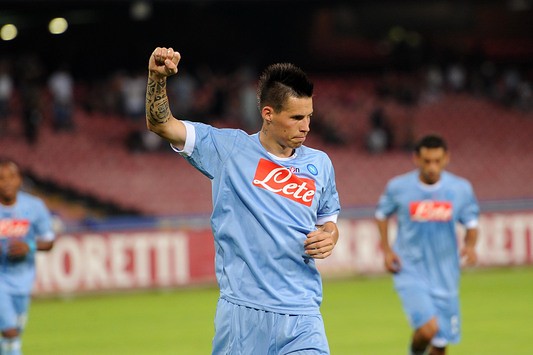 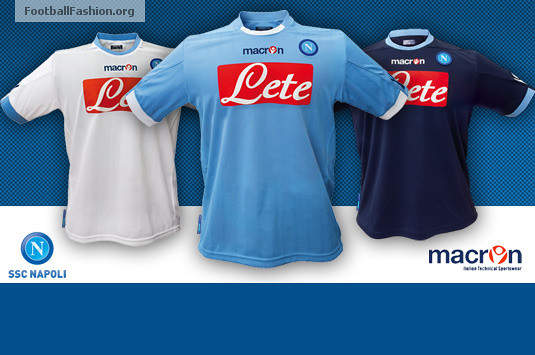