At that time, Puma also announced the signing of Algeria FA with Les Fennecs (The Desert Foxes) becoming  part of the Puma football portfolio from January 1st, 2010. Since then Algeria qualified for FIFA World up 2010 in a dramatic playoff with African champions Egypt.

Now the Algeria Puma World Cup 2010 home and away kits (or maillots in French) have been launched. Les Fennecs primary strip will be its traditional white while its away shirt will be their usual away green.

Algeria are drawn with England, the USA and Slovenia in Group C of the World Cup.

Click on the images below to see larger versions of the Algeria Puma 2010/11 jerseys. 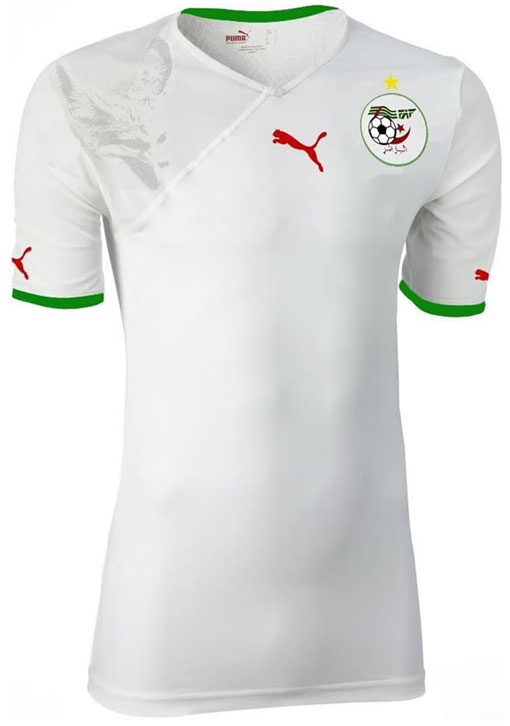 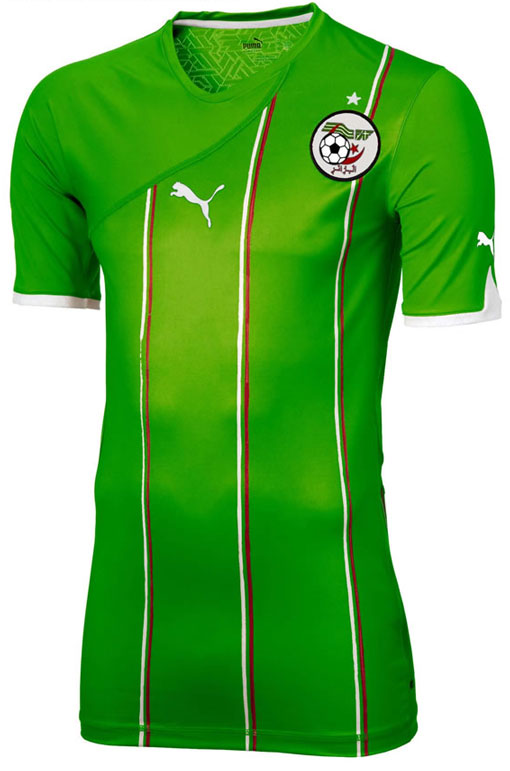 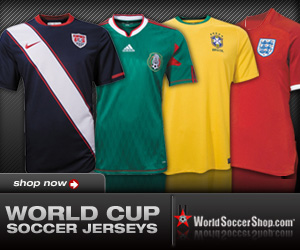