[digg=http://digg.com/soccer/Hannover_96_2009_10_Under_Armour_Robert_Enke_Tribute_Kit]German Bundesliga club Hannover 96 has announced that it will wear a special version of it 09/10 Under Armour home kit in tribute to fallen goalkeeper Robert Enke during this weekend’s meeting with FC Schalke 04. The tribute kit will feature Enke’s number 1 encircled in the mid-chest area. 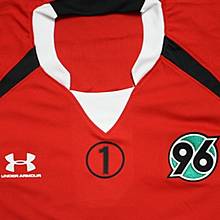 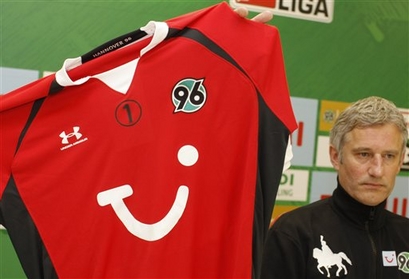