According to Manchester City’s website, the kit is inspired by the Citizens’ of the 1970s.

While the new kit draws its inspiration from the Club’s proud history and an element of familiarity, it is a superb design for today rather than simply an exercise in nostalgia.

The shirt has a black and red sash across a white base with the team sponsor subtly located under the crest, but the sash slants in the opposite direction to those on previous designs….

The remastered version of this City classic, worn with distinction by such Blues stars as Dennis Tueart and Gary Owen, will make its Premier League debut at Portsmouth on Sunday.

Click on the images below to see larger versions of them. 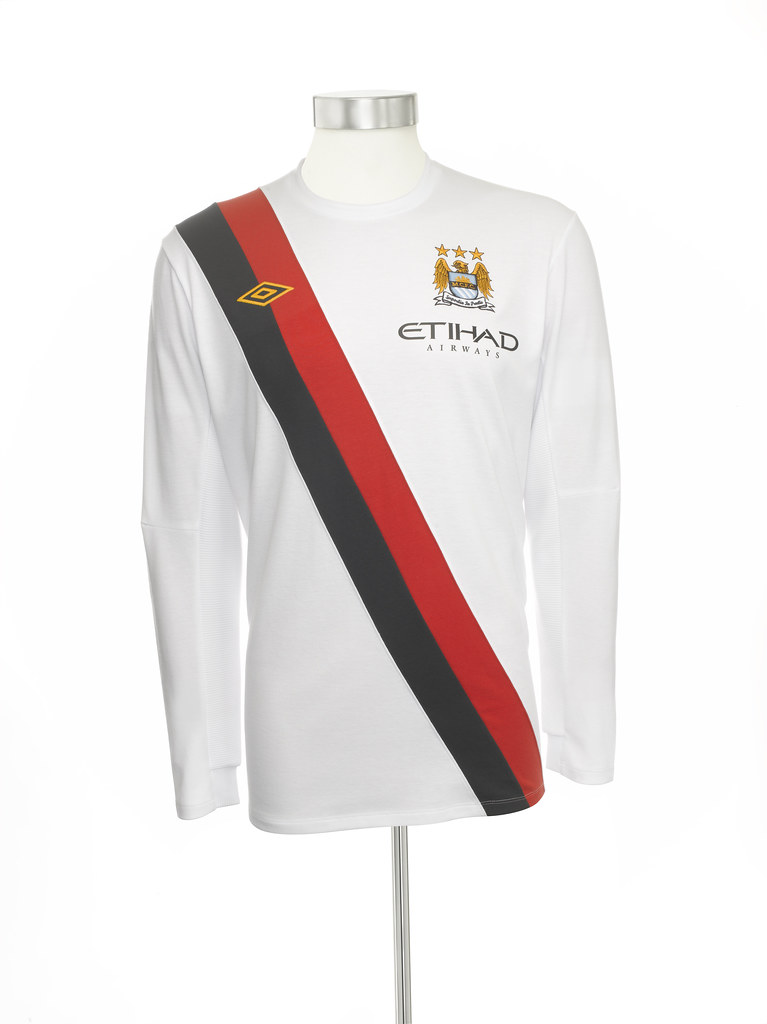 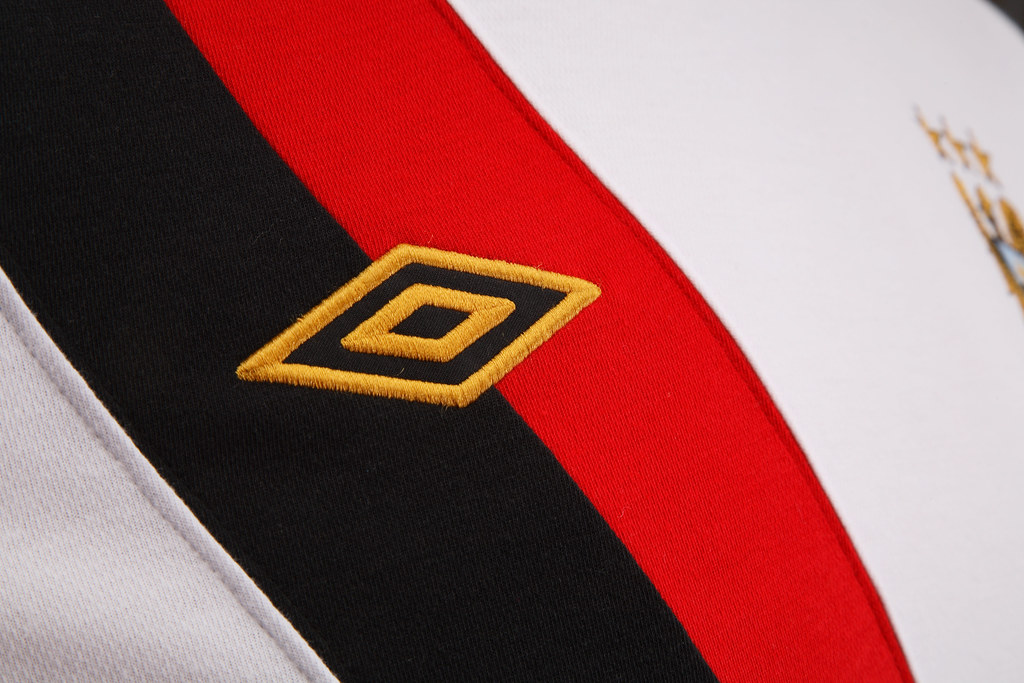