Real Sporting de Gijón is an Spanish football team from Gijón, Asturias. Established 1 June 1905. They currently play in La Liga, Primera División. They are know as Los Rojiblancos because of their red and white striped home jerseys.

Last season, Sporting Gijon returned to the Spanish La Liga for the first time since the 1997/98 season. They won many fans via their entertaining play and ultimately finished in 14th postion in the league.

Sporting de Gijón and sportswear manufacture Astore have now launched the team’s home, away and third kits for the 2009/10 La Liga season. Here’s a look at them. 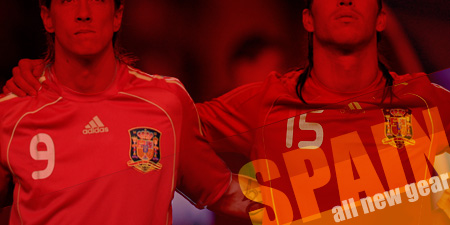