FC Twente is a Dutch professional football club from the city of Enschede that recently finished the 2008/09 season in second place in the Dutch Eredivisie. They are currently managed by former Middlesbrough and England manager Steve McClaren.

Yesterday, FC Twente, Diadora and players Jeroen Heubach and Blaise Nkufo presented the club’s home kit (or “thuistenue” in Dutch if you prefer) for the 2009/10 season. It will be worn for the first time during this Sunday’s KNVB Cup final against Heerenveen.

Here’s a look at the retro-inspired FC Twente Diadora 2009/10 home kit. Diadora and FC Twente claim that it was designed based on input from FC Twente’s fans. 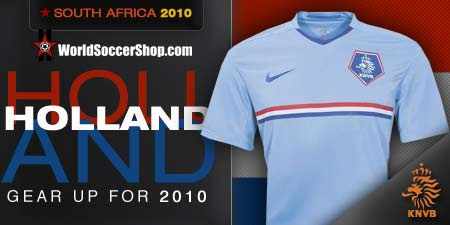