[digg=http://digg.com/soccer/Chelsea_FC_Adidas_2009_10_Home_Kit_Jersey]Chelsea and Adidas have unveiled the Blues’ home kit for the 2009/10 season.

The new shirt will be worn for the first time on Sunday 17 May for the club’s English Premier League match against Blackburn Rovers.

According to Chelsea’s website, the new traditional Reflex Blue kit “draws inspiration from looks that have graced the King’s Road over the years, especially seen in the ergonomically fitted shape, crew collar design and ‘epilette’ three stripes.

The shirt also has a new streamlined crew neck collar design with ‘Chelsea FC’ imprinted on rubber piping running down from the neckline of the shirt.”

It appears that the leak that we obtained of the Chelsea Football Club Adidas 2009/10 home kit was accurate. Perhaps the away and third kit leaks show are legitimate as well. 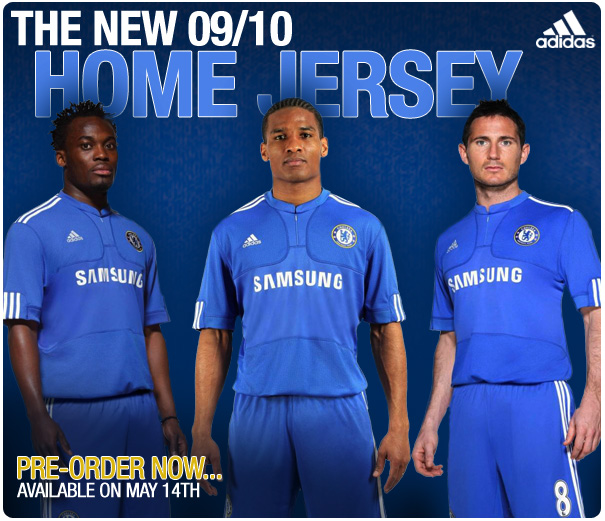